Staff member
Over the weekend, Neymar had another sensational performance against Villareal, scoring two goals, one of which will probably go down as the goal of the season.

Staff member
Neymar failed to score a goal in the last 2 qualifiers against Argentina and Peru. He also didn't play in the previous two qualifiers because of his Copa America suspension (against Chile and Venezuela)


But my point is, these are 4 valuable games in which he could have taken his international scoring record even higher.

Had he scored just 2 goals from these 4 games, he would have equaled Zico (48 goals) and be 4th on the all-time scoring leaders for Brazil.

Staff member
He has done it! Neymar, along with Messi and Cristiano Ronaldo, have been nominated as the 3 finalists for the FIFA Ballon d'Or  award (best player for the year) for 2015.

Staff member
Neymar has been injured for the last 3 games and Barcelona has tied all 3 games. They miss him too much.
A

Staff member
Neymar has added a new title to his collection: the FIFA Club World Cup, after Barcelona beat Argentina side River Plate in the final 3-0 (Suarez 2, Messi 1 goals)

Barcelona has basically won every title in this past season except for the Spanish Super Cup, where Barcelona, very shockingly, lost to Athletic Bilbao 5-1 in a two-legged football match-up.

Staff member
Neymar has been in a bit of a slump in the last few months, at least by his standards.

But it was all forgotten today when his team Barcelona won the Spanish La Liga, making it his second consecutive La Liga title since joining the Catalan club in the fall of 2013.

Next week, he has a chance to win a second consecutive Copa Del Rey when his team meets Seville in the final.

Too bad there will be no Champions League repeat for him this year.

Staff member
Neymar scored a goal and helped Barcelona beat Sevilla 2-0 to win Copa Del Rey for the second year in a row!

Neymar has now won the following since joining Barcelona in the summer of 2013:

Not bad at all which makes a strong case for those who want Neymar to go to another team where he will be the leader and not have to be under the shadow of Messi.

Staff member
Neymar hits 300th goal mark, after scoring against Bolivia in a 5-0 rout by Brazil in 2018 WCQ!

Staff member
It has been exactly 4 years since I updated this thread and what better time than this week, where Neymar has surpassed Ronaldo to become the second highest scorer in Brazil’s history at 64.

while we know Neymar is an amazing player, and despite not being at the level of Ronaldo and Pele, you can’t deny this is a great accomplishment. Especially considering that he is 28 and still have a few more years left in him and barring any injuries. 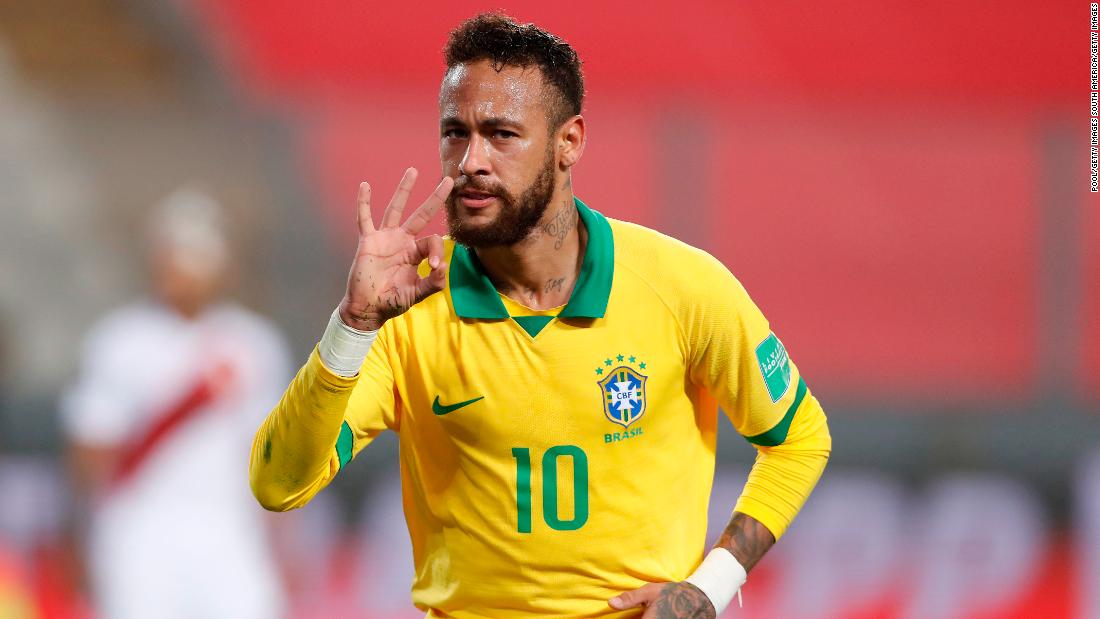 Neymar surpassed Ronaldo and moved to second on Brazil's all-time goalscoring list with a hat-trick in a 4-2 win against Peru in World Cup qualifying.

Staff member
On the other hand, here is an article with 9 reasons why Ronaldo is easily better than Neymar!

While I agree with this article and still think Ronaldo is the second best Brazilian player ever behind Pele, you still have to give Neymar some credit. For one, he did win a CL, something Ronaldo mysteriously never won. The other thing I have to give Neymar credit fit is that he doesn’t have nearly as good teammates now as Ronaldo did. The latter played with Rivaldo, Romário and Ronaldinho. While the best Neymar has had in the last 6 years with the NT included the likes of Coutinho, Fred, Hulk, Jesus and other good, but not legendary names. Yet he still managed to score 64 goals and assist about 41 goals. 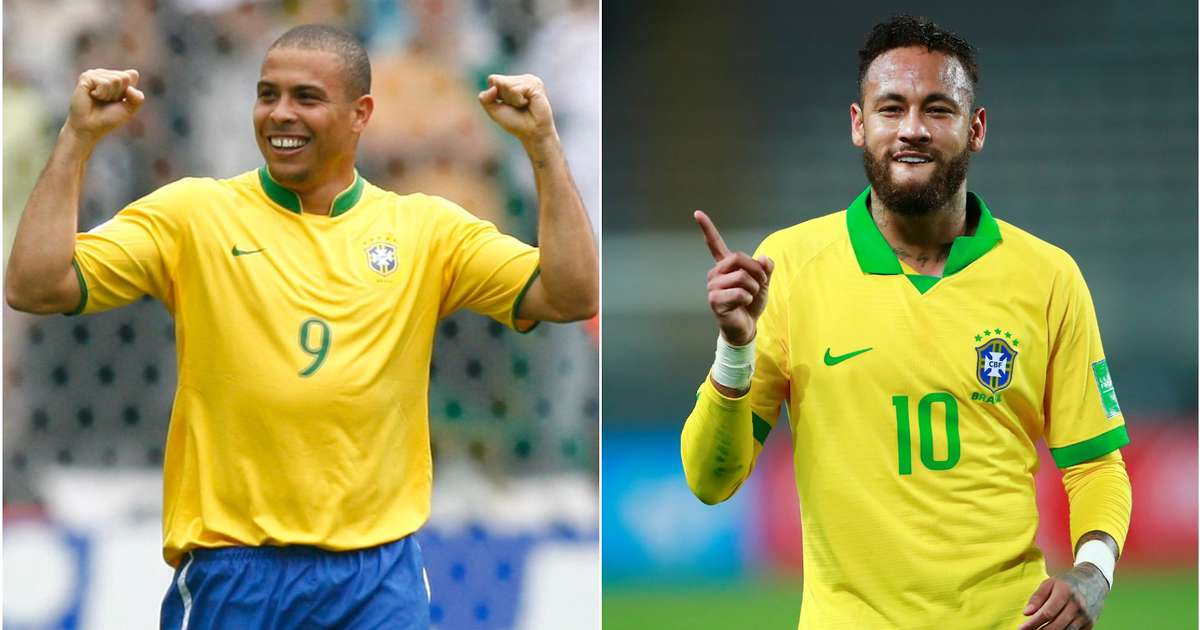 Staff member
after Neymar scores 3 goals against Peru, he is now second on all time Brazil scorers, only second to the king himself.

ASHOOR said:
after Neymar scores 3 goals against Peru, he is now second on all time Brazil scorers, only second to the king himself.
View attachment 13080
Click to expand...

Amazing array of talented players in that photo, but as you know, my all time favourite is the one with 39 goals. I am still nicknamed after him even though with age, I no longer look like him.

But I agree with what you said about Neymar, not having the same talented team mates as Ronaldo and Pele. This is the same arguement in the Maradona v Messi debate, where Maradona had the worst team mates but still won a World Cup Final and lost one whereas Messi with great team mates only has an Olympic Gold medal. Unfortunately (and perhaps luckily), this thread would have been added to at the time of the Russian World Cup had it been accessible with all of Neymar's antics which rubbed many fans including Brazilians the wrong way. Perhaps, that more than anything else will stain the Neymar legacy even if he surpasses Pele's goal record.
You must log in or register to reply here.
Share:
Facebook Twitter Reddit Pinterest Tumblr WhatsApp Email Link
Top