Is Honor killing common among Assyrians?

This question got me thinking with this thread on r/Assyria on reddit.

I know Muslims do it, and Yezidis like when a yezidi girl in 2007 was stoned to death for having a crush on a sunni Kurd.

Do Assyrians practice Honor killing in the middle east?
A

Staff member
Nope, it is virtually non-existent with Assyrians. Don't get me wrong, Assyrians (being in the middle east) do care a lot about their family honor, name etc. But they don't go as far as killing in the name of honour.

no, when have you ever heard of an Assyrian committing an honor killing?
K

Hm, honor killing? don't we Assyrian just disown them and tell them they aren't with the family. That's what i planed to do with my children if they choose to marry Muslims.

Domanic said:
It could be possible some Assyrians do since some American Christian fundamentalists have hot their family members in the name of honor.
Click to expand...

Ok now THIS is the dumbest sh*t you've said in a while.

American Christian Fundamentalists are in sects of Protestantism while the vast majority of Assyrians are catholic and Orthodox...

Domanic said:
That doesn't mean all Christian fundamentalists in America belong to a Protestant sect...
Click to expand...

says the guy who blames ALL of religion for worldly problems...
I

Assyrian people simply don't have the capacity to commit honor killing.
Although we do practice excommunication on members of the community who break rules that are taboo
J

No, Assyrians want to be different from muslims and honor killings is one of the things that would make them feel like they're stooping to their level. I have actually asked about this to my parents who lived in Tur Abdin for decades. They only heard of one case where an Assyrian man wanted to assault a woman who broke up with him and guess what, people close to him stopped him from trying anything. So even if one Assyrian gets this type of idea, others around him/her will discourage it immediately. Whereas muslims will actually be encouraged by those around him especially if he's reluctant about it.

Domanic acting like a silly, unknowing child as usual.

Your parents hearing "one thing" doesn't make a difference they are thousands of Assyrian villages all over Iran, Syria, iraq and Turkey.

Some Christians do practice it tho, including Assyrians... you obviously did not read the post on reddit or do your research this is why religious people like you are extremely retarded and should be locked up...

Also, at least I'm not a dumb homophobic piece of shet who is ignorant.
Click to expand...

That reddit post is an anecdote at best - Could be a Kurd making Assyrians look bad (ever thought of that?).

Can you post a source for the Assyrian honor killings?
G

I think it won't be a problem in all religions if the parents and the kids are both educated and open to the world despite being religious.

Domanic said:
abg123rocks is definitely an Assyrian... also I don't have a source for one, what I said about that was a mistake.
Click to expand...

Maybe he saw it happening in one Assyrian family. One family is nothing. Even Europeans have killed a family member for shaming their name. Doesn't mean it's frequent. As with Assyrians.

Domanic said:
ALL religions are to blame for in today's era..... EVERY religion has caused problems in the world do your research.
Click to expand... 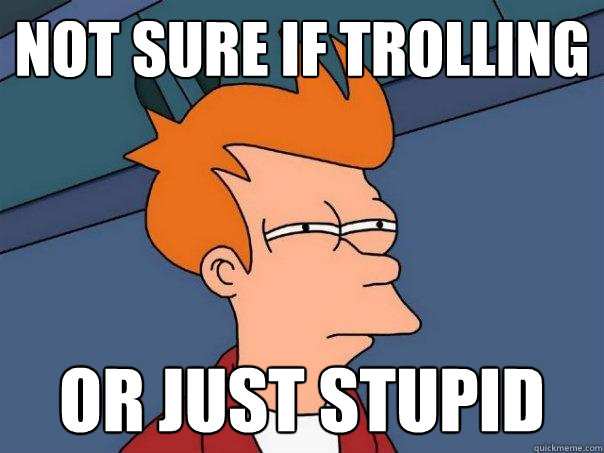 Staff member
Guys, this is a good discussion, but keep it polite and no attacking each other. What Domanic is asking may not be favorable to our reputation, but he is simply asking, not suggesting it.

Assyrians are the most different type of group in just about any islamic country they reside in. You obviously don't know what you're talking about and are once again only speaking out of bitterness because as usual, you're mad at religious folks because they disprove of your homosexuality. You're too transparent to ever be considered objective.

Your parents hearing "one thing" doesn't make a difference they are thousands of Assyrian villages all over Iran, Syria, iraq and Turkey.
Click to expand...

Assyrians are extreme gossipers, stories can travel from the middle east to North Europe or the US in a short timespan.

If an Assyrian deserts his/her family by marrying a muslim, it is made a big deal and everyone will soon know about it. Yet if these people were killed it would be 10x as big of a story to go around yet we never hear it, and the Assyrian traitors are never killed by relatives, they are simply shunned from the family and community.

I gave an exampple from my parents who have more life experience than anybody in this thread and they report no honor killings, yet you IQ level would GLADLY accept one story you read on the internet? You're a moron.

I wish you had told me from the beginning that you are a 15 year old child. Neon who I've had the most conflicts with in this site has recently been infinitely more mature and reasonable than you have been lately. Are you on medication? Probably you are but you have not been taking it. You're stinking up the whole site with your childish idiocy and are embarrassing yourself and the rest of us. Grow up, kid.

Ashoor why not ban this foul mouthed child so he can cool off for a couple of days?
I

Domanic said:
Trying to defeat me with memes.. how old are you?...
Click to expand...

"defeat"!? Lol is Star Wars getting to you?
K

ASHOOR said:
Guys, this is a good discussion, but keep it polite and no attacking each other. What Domanic is asking may not be favorable to our reputation, but he is simply asking, not suggesting it.

Yes, I don't know why mrzurnaci flipped at him for no reason. And it's not like what Domanic said was not true. People do use religion in favour of honor killings. It's not a dumb or a trollish thing to say. :/

Neon said:
Yes, I don't know why mrzurnaci flipped at him for no reason. And it's not like what Domanic said was not true. People do use religion in favour of honor killings. It's not a dumb or a trollish thing to say. :/
Click to expand...

sorry, I got mad when he equated us to Muslims...

mrzurnaci said:
sorry, I got mad when he equated us to Muslims...
Click to expand...

He just compared us to American Protestants though. Lol...that was what made you mad, where you said "that's the dumbest sh!t I've ever read".

Neon said:
He just compared us to American Protestants though. Lol...that was what made you mad, where you said "that's the dumbest sh!t I've ever read".
Click to expand...