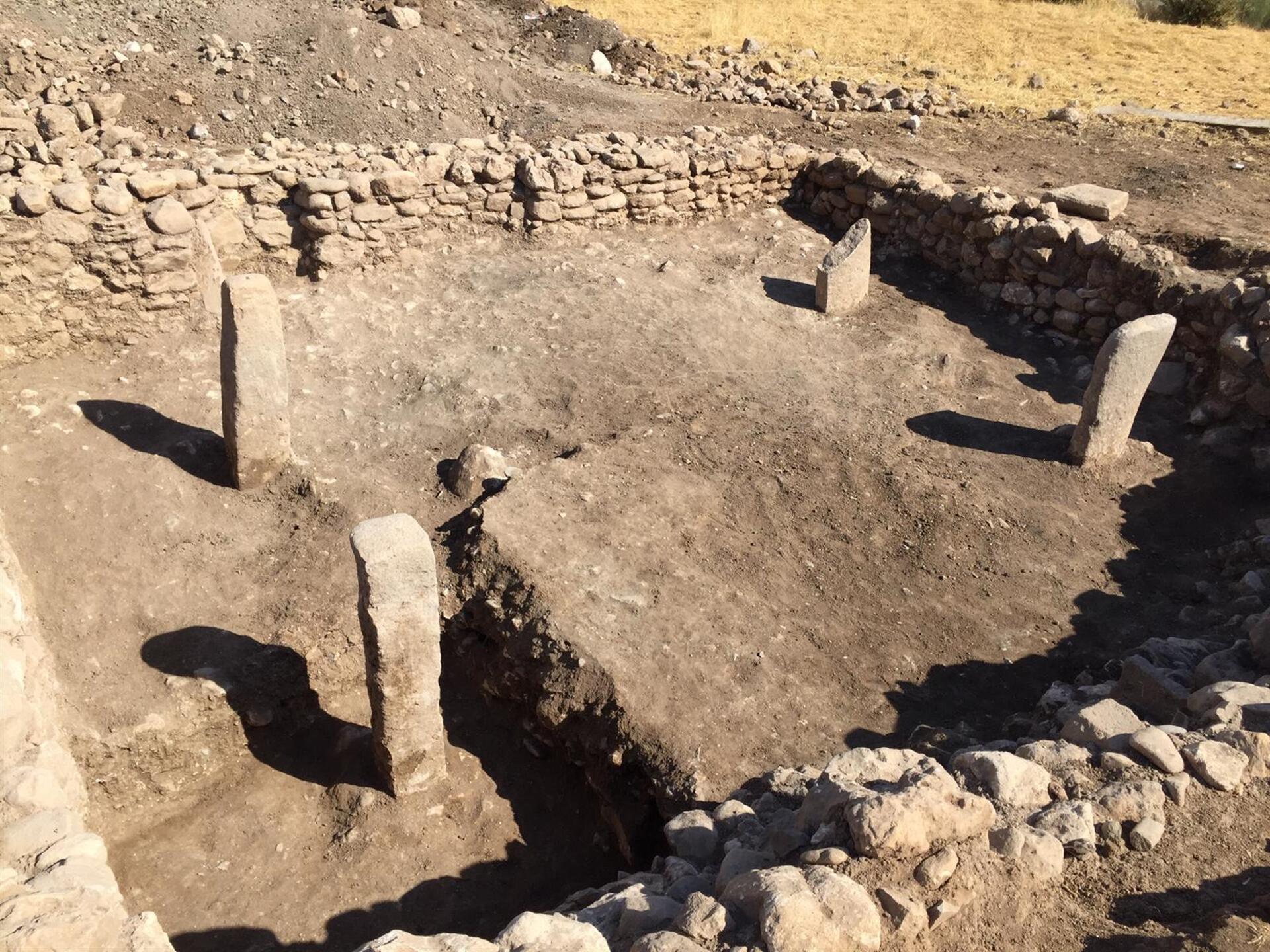 A temple, which is believed to be 11,300 years old, has been unearthed in the southeastern province.

The Neolithic-era temple with four stelas was unearthed in Dargeçit district of Mardin, which has been home to 25 civilizations throughout history, including the Sumerian, Akkadian, Babylonian, Hittite, Assyrian, Urartu, Rome, Abbasid, Seljuk and Ottoman civilizations.

The archaeological excavation project, initiated by the Mardin Museum Directorate in 2012 within the scope of “Studies for the Documentation and Rescue of Cultural Assets Remaining in the Interaction Area of the Ilısu Dam and HES Project” in rural Ilısu neighborhood, continues.

The temple from the same period of Göbeklitepe was unearthed in the field, where a Neolithic period structure with rubble stones and hardened clay floors was also unearthed,.
“According to analysis, the temple has four steles. We think it’s about 11,300 years old. Excavations are underway, but we have clearly revealed the steles. One of the four steles we uncovered was broken, but the other three were still preserved to this day as they were,” Kodaş said.

Kodaş explained that the temple with a stone wall was built with small stones and mud mortar and that they had not reached the floor of the building yet. They aim to reach the floor in about a month.
Stating that no figurative inscription was found in four steles, he said that the 80-square-meter temple of the Neolithic period has features that are similar to those of Göbeklitepe.

Enez Özmen, who lives in Dargeçit district, said that they were happy to find a temple. “We were excited to hear that the temple was found. We expect this place to attract attention like Göbeklitepe,” Özmen said, adding that they expect many tourists to come to the district thanks to the temple.

Intense work has been carried out in a large area, which includes the site known as Boncuklu Tarla, which was discovered in 2008 during a field survey. Its first excavations started in 2012.

Houses with quarry stone walls and stiffened clay floors from the Aceramic Neolithic Age, which date back to 10,000 B.C. and 7,000 B.C., were found during the excavations at the site in Dargeçit.

Along with thousands of beads used in ornaments, obsidian or flint blades, waste from ornament making and stone chipping tools were found at the site.

The tools include blades, gimlets, arrowheads and microliths. 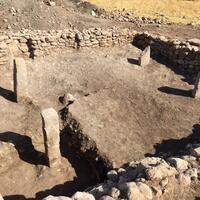